This story is about failed personal project I took between jobs. How microscopic end result I have to show. But still got something valuable, or not, you be the judge.

It's fall of 2015. Four years ago. I quit my job as Magento backend developer. It lasted only three months... Preparation for position took learning PHP for a year, and some months. On mornings before daily programing job. But that is a different story. So I need a new job, but I don't have to rush it. I'm thinking to myself. Let's build simple workout app for exercise routine I'm doing. Let's build it with some new technology that will help me land a new job.

Workout routine for app is from StartBodyweight.com, it's simple and good for beginners starting bodyweight exercises. It's based on this infographic poster.

As it is with paradigm shifts, new tech, best practices are not established for some time after invention. And in React case from start it is explicitly minimal in nature. Also, Facebook did not lead the way at the time with supporting frameworks, tools, and practices.

That left a lot of space for enthusiast developers to fill the gaps needed to make complete application with React. Explosion of boilerplates code happened. Small frameworks that provide scaffolding code.

There are many questions in front of me. Can I build something useful only with React? Which boilerplate to choose? Should I build only client side application? Why not build backend in JS also? I should go with express, right? How good is that MongoDB that everyone is talking about? Why not use JSON Web Token for authentication? Why not use Server Side Rendering to speed up loading time? What about latest ECMA script standard? Of course I should use webpack, right? And so on...

These questions lead me to try and experiment with different approaches. A lot of research, and not so much development.

I spent two and a half months on project. On backend side, we can say that minimal viable product, working API is done. It support users, authentication, progressions, progression entries, and workout sessions.

From the design side. What I have to show are this half baked wireframes: 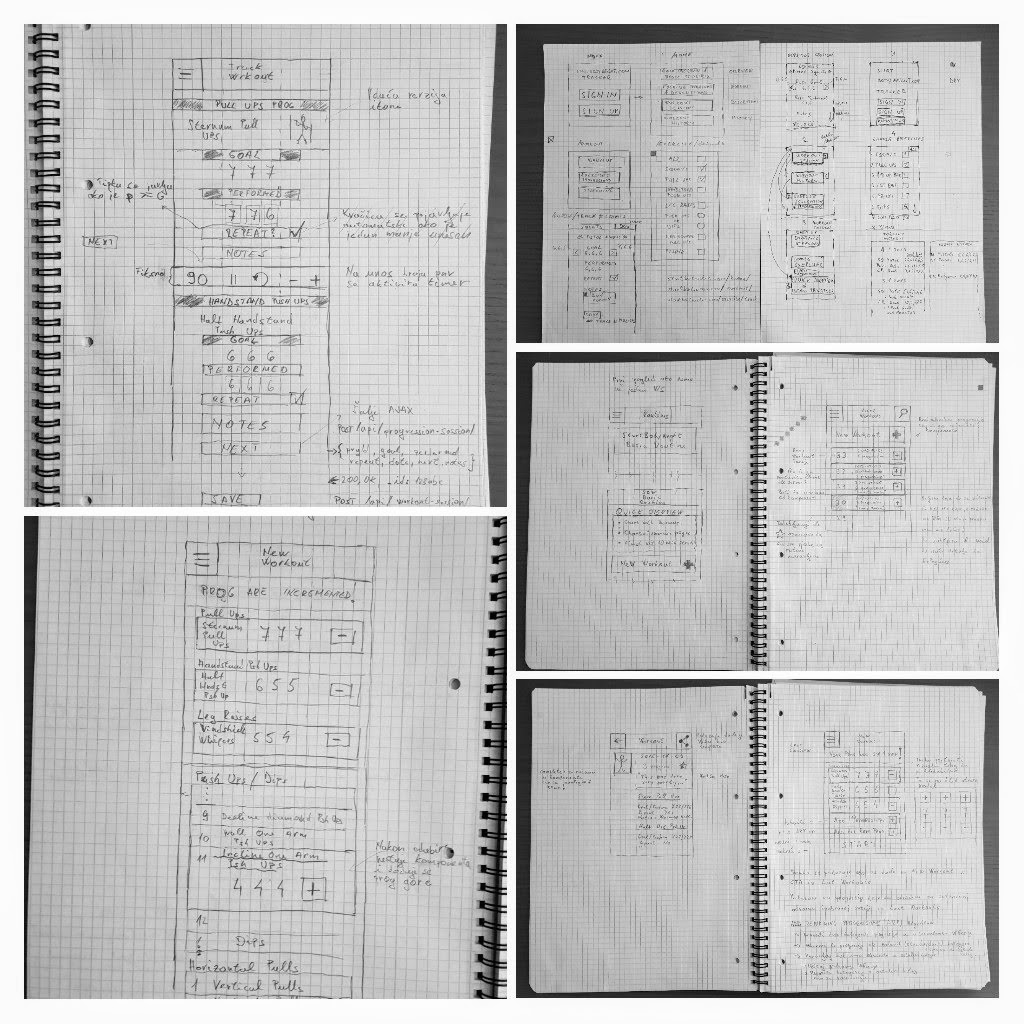 And from frontend there is almost nothing. I tried to use, many different boilerplates. Started with simple.

Then figured I wanted state management. I tried three different redux implementations, with all latest bells and whistles.

So that in the end I would settle on react-redux-universal-hot-example. And my time expired because I got new job offer. Which I took.

Why did I do so little?

Part of story can be describe as distraction... 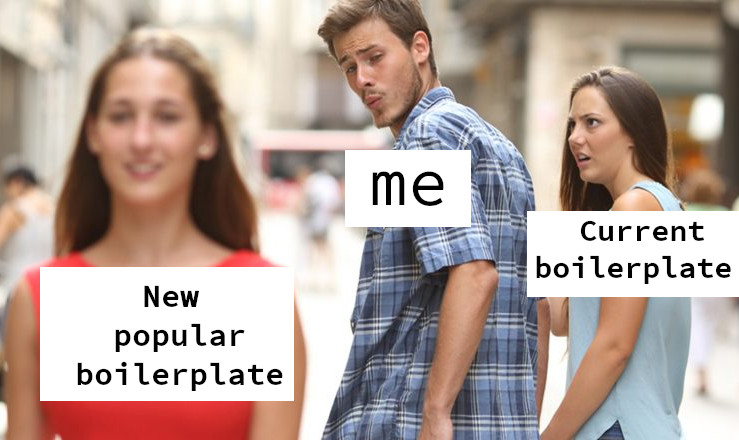 Part of the plan was to do everything by myself.

But that is also part of the problem.

I thought I have time.

I had time, just not as much as I needed.

The ever present problem of estimation in software development...

Trying to use every possible cutting edge technology at the time...

New technology and fast results are not good combination.

It's easy to underestimate complexity of simple applications.

R&D is not development.

Many before me have identified this phenomenon as JavaScript fatigue. I would not say this is that big of problem. Yes it would be easier if there were standards, best practices and less choices. But bigger problem in my case is that I was learning too many things at once. I'm not seasoned JavaScript developer. That meant, a lot of catching up, and a lot of unsuccessful pitfall avoidance.

What did I get from all this boilerplates?

Well I did actually bother to understand every boilerplate that I used. I did my homework on understanding nodejs, express, mongoose, babel, on the backend side. And on frontend side react, webpack, SSR, babel, redux. My head was not in the sand.

It's blast from the past. My broken truth with reflections. A way to draw leassons from failed project. Showcase of my current abilities. Failed showcase, but still. It should at least shed some light at my skill as Frontend DevOps Engineer, or as failed Full Stack Developer. Thank you for reading. Have a nice day. 💗

Role of tools and environment in behavior, and why I switched to Ubuntu/VSCode from Arch/VIM after 8 years

Takeaway With better tools in your environment your ability will be higher. This will...